Connections beyond the social-distance and the distance-distance.

Keep Making Music is a digital performance company dedicated to connecting musicians across the globe. We’ll create your virtual performances from the ground up, our team of artists will record your music, or we’ll teach you how to make your music come alive in the virtual space. 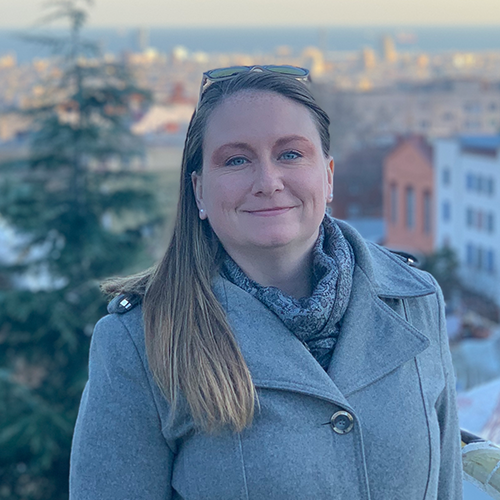 Hello! My name is Dr. Tiffany Galus and I am a media creator, conductor, college band director, arranger, engraver, and producer. I love helping others find new ways to create, perform, and connect.

Dr. Tiffany J. Galus is a co-founder and owner of Keep Making Music, a virtual performance company based out of Austin, TX.

Tiffany has a comprehensive background in the arts as an educator, conductor, performer, designer, and producer. She currently serves as the Assistant Director of the Longhorn Band and Associate Director of the Longhorn Pep Band at The University of Texas at Austin, where she teaches courses in undergraduate conducting and wind band literature. As a producer, she established the UTWE Live! livestream series, which has generated more than 400,000 views – the methods of which were presented at the Midwest Clinic in 2018.

In 2019, she completed her Doctor of Musical Arts Degree in Wind Conducting at The University of Texas at Austin as a student of Professor Jerry Junkin. A native of northern Indiana, Dr. Galus holds both a Master of Music degree in Wind Conducting and a Bachelor of Music Education degree from Indiana University, where she studied conducting with Stephen W. Pratt, Jeffrey D. Gershman, Eric M. Smedley, and Paul W. Popiel; as well as trombone with Peter Ellefson, Carl Lenthe, and M. Dee Stewart.

Prior to her arrival in Austin, Dr. Galus was an Associate Instructor in the Department of Bands at the Indiana University Jacobs School of Music. During her time at Indiana, Tiffany served as the director for the Women’s Big Red Basketball Band, Crabb Band, and Volleyball Band; Assistant Director for the Men’s Big Red Basketball Band; as well as the manager for the IU Summer Music Clinic. Dr. Galus also assisted in teaching the undergraduate conducting courses and guest conducted Indiana’s three concert bands.

After the completion of her undergraduate degree, Dr. Galus served as the Director of Bands for the New Prairie United School Corporation. Under her direction, the program received consistent superior ratings at numerous band festivals, including two state titles in 2014. In 2013, Tiffany was a quarter-finalist for the first Music Educator Grammy Award. 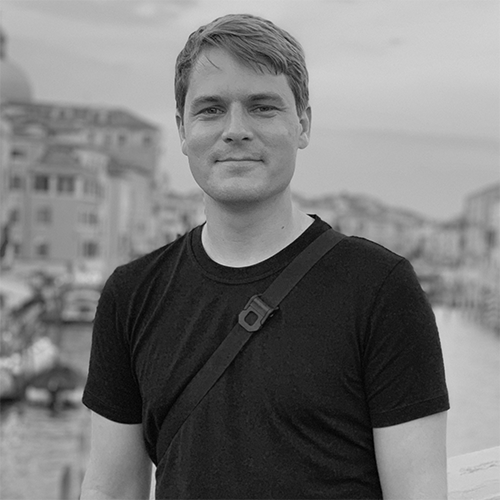 Hey there! My name is Luke Gall and I’m a musician, media creator, and business owner. I love helping others bring their musical ideas to life.

Luke Gall is co-founder and CEO of Ultimate Drill Book, a company that creates educational tools for marching ensembles. Since its founding in 2010, Luke has lead the development of all products that support thousands of schools, colleges and drum corps in North America, Europe, and Asia.

Luke is also a founder and owner of My Design Team, inc., a design and education company that operates out of Austin, Texas. This firm encompasses his work as a consultant, program coordinator, visual designer, and videographer for music ensembles and corporate entities.

Luke was recently appointed to the role of Artistic Director for Rhythmic Force Percussion, a non-profit percussion ensemble based in Austin, Texas. He serves on the design team while also overseeing the creative direction and marketing for the organization. Luke previously served as the drill designer with Rhythmic Force and helped lead them to their first-ever appearances in the WGI World Championship Finals.

Luke has a comprehensive background in the arts as a coordinator, designer, teacher, and performer. His designs have helped more than 50 programs receive honors in BOA (Bands of America), WGI (Winter Guard International), USBands, and TOB (Tournament of Bands) events. He served as visual caption head for Genesis Drum and Bugle Corps in 2015, and he performed as a member of The Cadets, Crossmen, and Jersey Surf Drum and Bugle Corps in 2005-2009.

Luke’s experience as a media creator and consultant has led to work with companies and musical groups across the globe. Luke recently worked with Perform International in more than 20 countries to create content for musical groups. His professional work, along with his personal videos, have amassed millions of views on YouTube and social media platforms. Luke also served as the media coordinator for bands at The University of Texas at Austin where he produced more than 100 videos and a feature-length documentary.

Luke is a founder of FivE, a nationally touring euphonium quartet. FivE performed their popular shows “NEON”, “#hashtags”, and “FivE years of FivE” in 25 cities in 2015-2019. Highlight performances included a featured recital at the International Tuba Euphonium Conference, a showcase at the TMEA convention, and four keynote appearances at ITEA conferences. The group released their debut album, “FivE: Play”, in 2017. FivE is a sponsored ensemble with Buffet Crampon and Besson Instruments, and Luke plays exclusively on a Besson Prestige 2052 Euphonium.